Connecting With Your On-The-Go Investors – The “Mobilegeddon” Update

It was on this day that Google released an algorithmic update that revolved around mobile-friendly websites. This essentially meant that websites optimized for mobile received a boost in their mobile search results, whereas those that were not mobile-friendly dropped in their overall search rankings.

‘Mobilegeddon’ has emerged in various forms since April 21 2015. In May of 2016, ‘Mobilegeddon’ 2.0 was released; this update further increased the rankings of companies with mobile-friendly, optimized websites. Those who invested the necessary time and effort into making their sites mobile-friendly benefited from this update, whereas the businesses that did not follow the mobile-optimized trend were further dropped from the pack.

That’s exactly why we paid closed attention to ‘Mobilegeddon’ in Section 2 of Connecting With Your On-The-Go Investors. Since these updates are so important to public companies, we deemed it as an integral part of our collaborative resource with CIRI.

Here’s what you can expect from Section Two: The ‘Mobilegeddon’ Update.

Although you now know what ‘Mobilegeddon’ is, Section Two will take you through why it was released.

As Google collected web traffic and search data, they realized that more and more traffic was coming from mobile devices, primarily smart phones. To fuel a positive user experience on their network, Google announced the ‘Mobilegeddon’ change. This announcement was made in February of 2015, giving companies just three months to prepare.

Google’s primary focus was to “work towards delivering high quality search results that are optimized” for mobile devices. As traffic to their network was increasing on mobile, the goal of this change was to create seamless user experiences online.

What happened after The ‘Mobilegeddon’ Update?

So, this begs the question – what happened after April 21 2015? What did Google look like on April 22nd?

Content marketing company, BrightEdge, has tracked over 20,000 URLs since the update. They found that there was a 21% decrease in non mobile-friendly URLs on the first 3 pages of search results.

Could you imagine receiving 32% more traffic to your website, simply because you made the decision to optimize your website for mobile?

What does it mean for my public company? 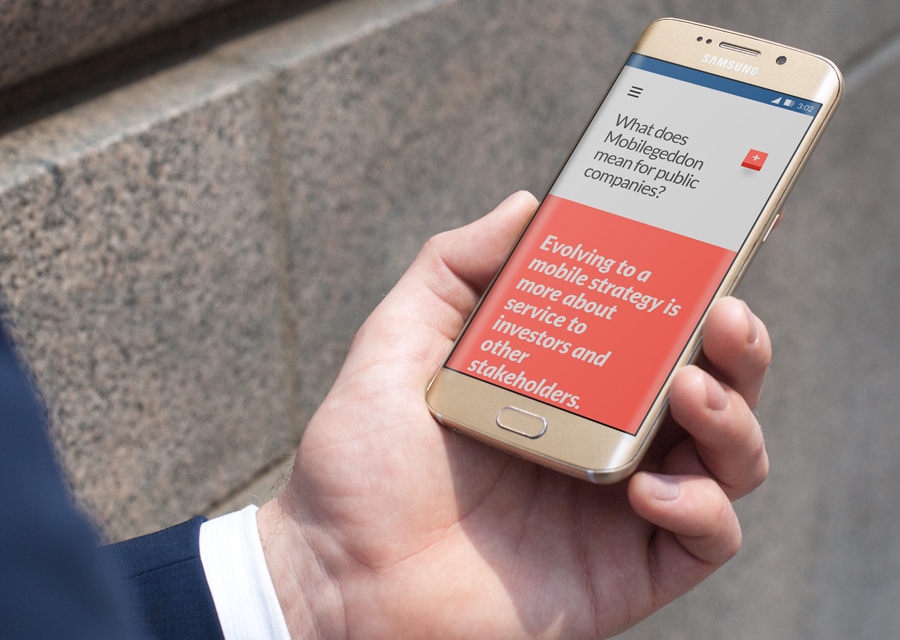 68% of investors look at investor related content throughout the day on their mobile device, which means that nearly three quarters of traffic to your website could be coming from mobile. If your website isn’t mobile-friendly, not only will it be slammed by ‘Mobilegeddon’, your user experience will start to decline from the very moment that a potential investor visits your website.

With Section Two: The ‘Mobilegeddon’ Update reviewing what you need to know about Google’s change in April of 2015, we’ll follow-up next week with an overview of Section Three: Examples of Mobile-Friendly Websites.

Nicole is fascinated with all things Investor Relations, lending her penmanship to Blender's blog subscribers and loyal readers. She's focused on delivering the goods (and latest IR updates) each and every week. 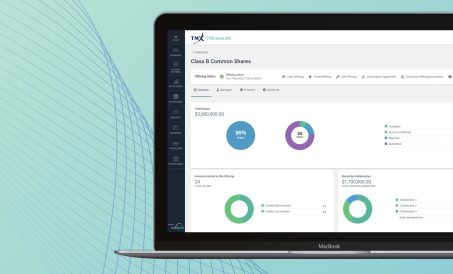