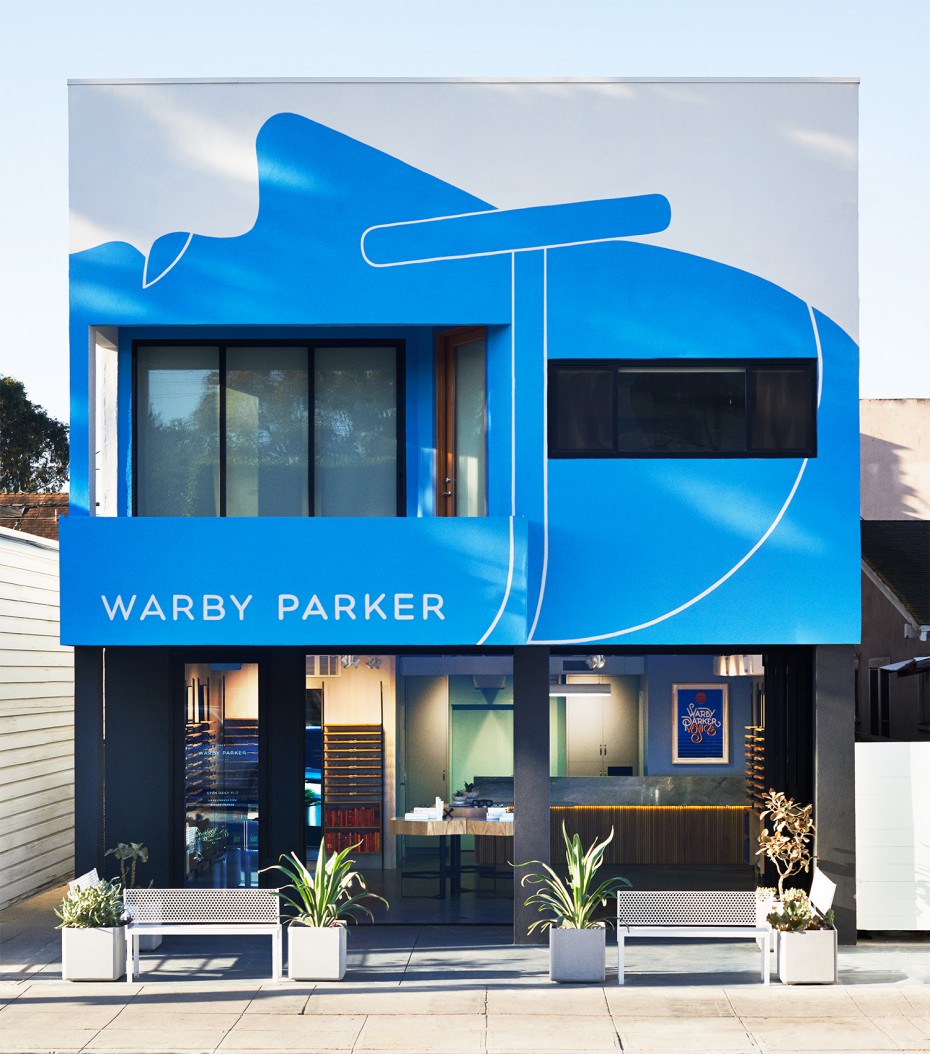 Why is an eyeglass retailer attracting so many eyeballs?

On the surface, Warby Parker doesn’t seem different than any other company. They sell a product—eyeglasses—mostly online. They have a website where you can shop. They have a blog. They create year-in-review reports.

But what’s truly brilliant about Warby Parker is how they’ve managed to transform every ‘normal’ aspect of a company and its website into a brand worth salivating over. The company is rooted in rebellion, founded by four friends in 2010 who were sick of a few large firms controlling the eyewear industry. This iconoclasm contributes to the fresh young vibes coursing through their brand, as well as the non-profit ‘buy one, give one’ mission that’s a cornerstone of their company.

We’ve taken five ‘normal’ business elements such as a company’s website and year-in-review and examined how Warby Parker has turned each one into something consumers look forward to experiencing.

1. Their blog: a lifestyle teacher

Warby Parker’s frequently updated blog is an organized chaos of staff book recommendations, music playlists for fall, and ’39 things to do before summer ends’. Though they also publish articles about new glasses styles and share their collaborations with various brands, they know that promoting their brand means more than pushing product. They’re not just selling the glasses they create, but the edgy lifestyle that comes with wearing their glasses. 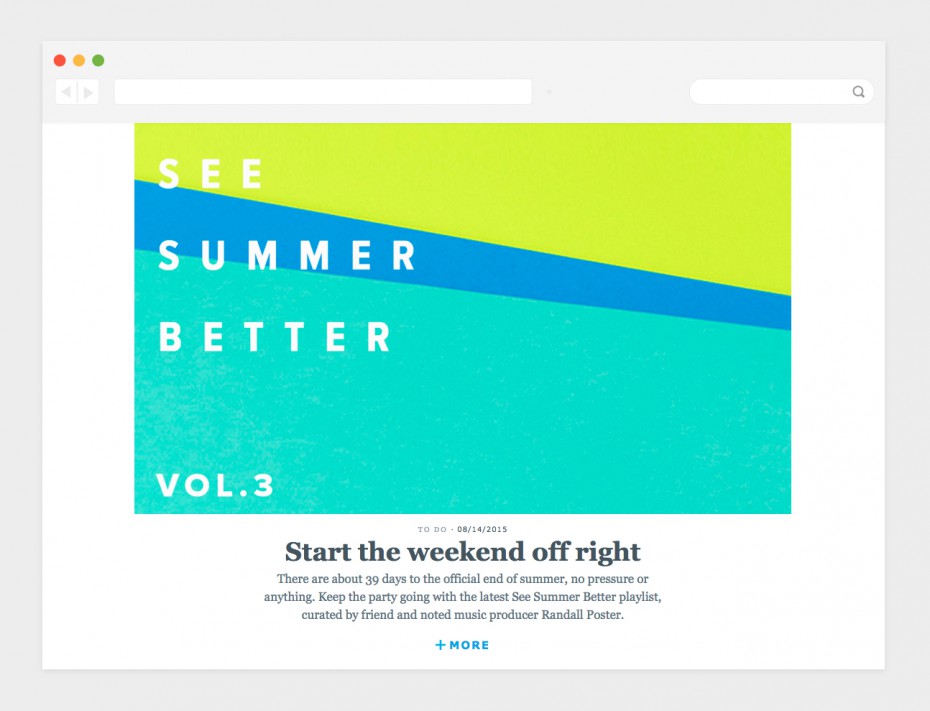 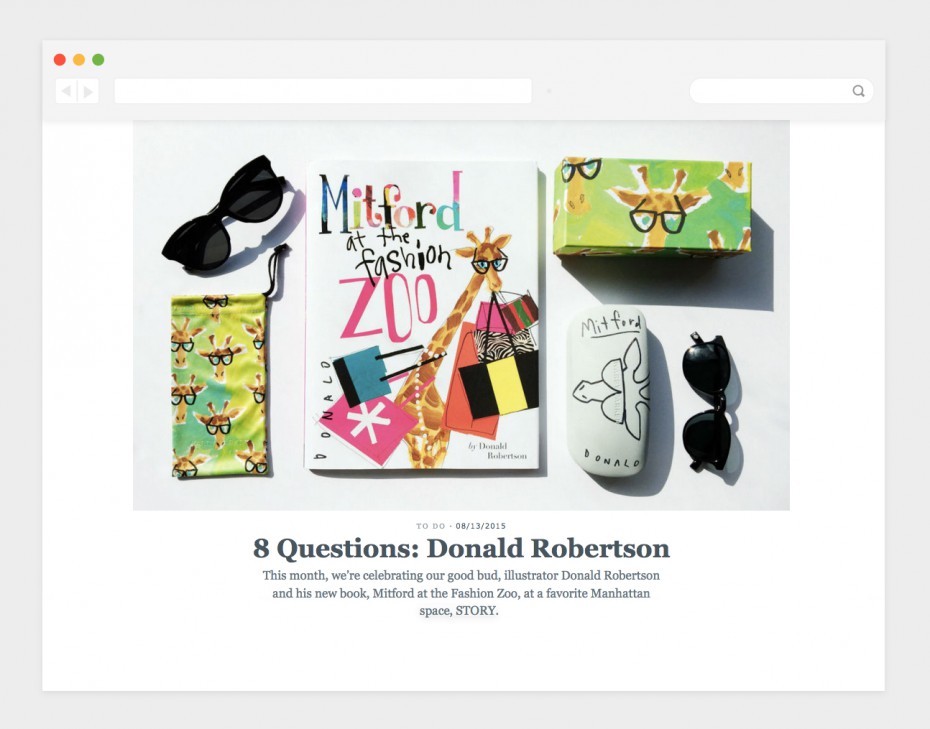 As an e-commerce company, Warby Parker knows that their website drives their business. It can’t just look nice, but must work supremely well for consumers shopping online. When we browsed Warby Parker’s website, the first thing we noticed was how easy it was to get around. Dropdowns offer options to shop the entire collection, but also offer featured selections like their fall 2015, original, and circuit wear collections Every detail of the site has been examined, down to the email signup button asking you to ‘stay in the loop’ and the sketched paper airplanes that zoom by in the corner of your screen. 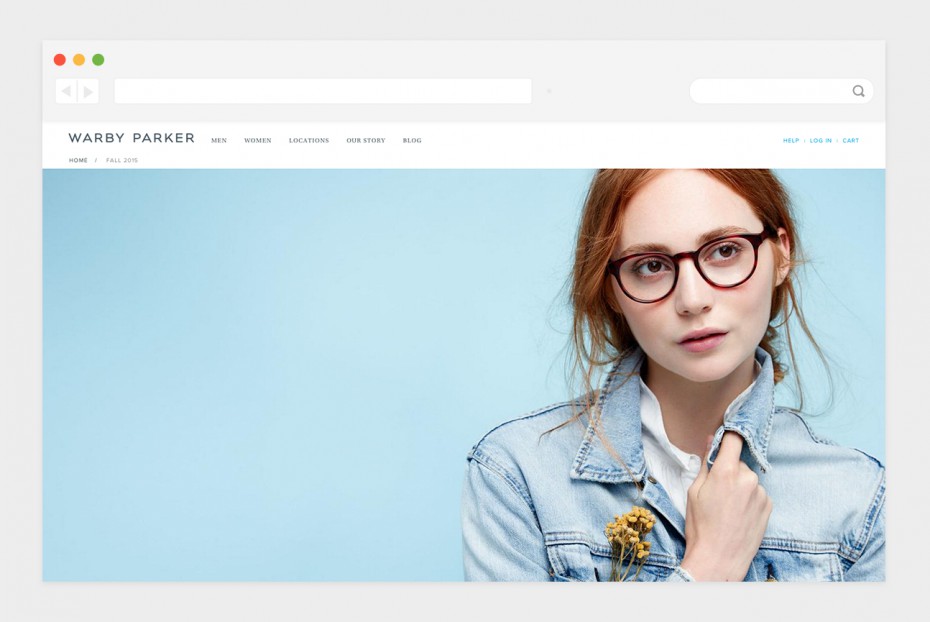 3. Their tone: not down with being uppity

Warby Parker’s colloquial tone creates a perfect separation from the ‘hoity-toity’ atmosphere often associated with luxury eyewear companies. They poke fun at themselves on their website (like teasing the fact that, yes, they do actually sell monocles) and their blog sounds like real people are offering you style and lifestyle advice. While some companies keep their blog tone conversational but stick to formalities and the hard-sell on their corporate site, with Warby Parker it’s what you see is what you get. As they say on their website, they were “founded with a rebellious spirit and a lofty objective: to offer designer eyewear at a revolutionary price”. 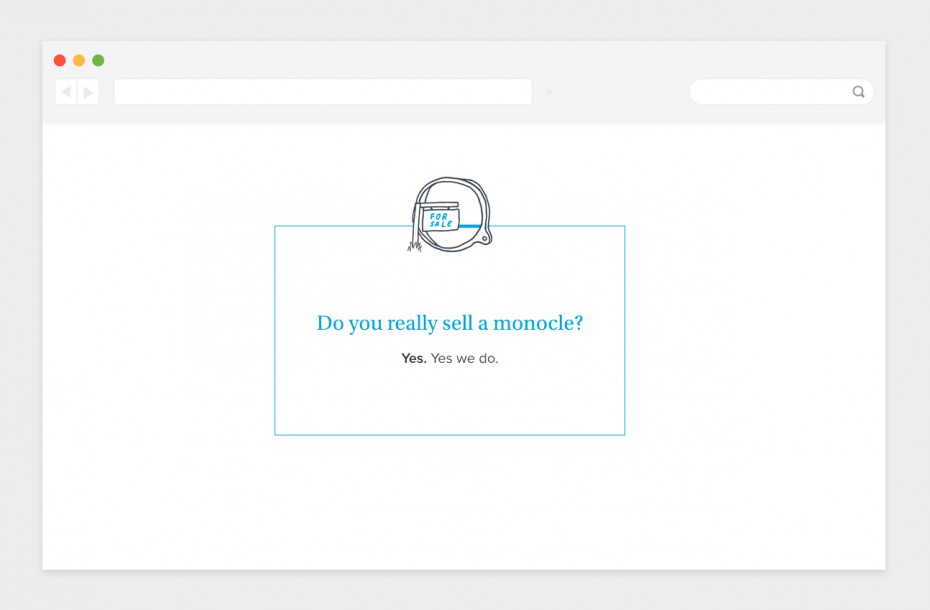 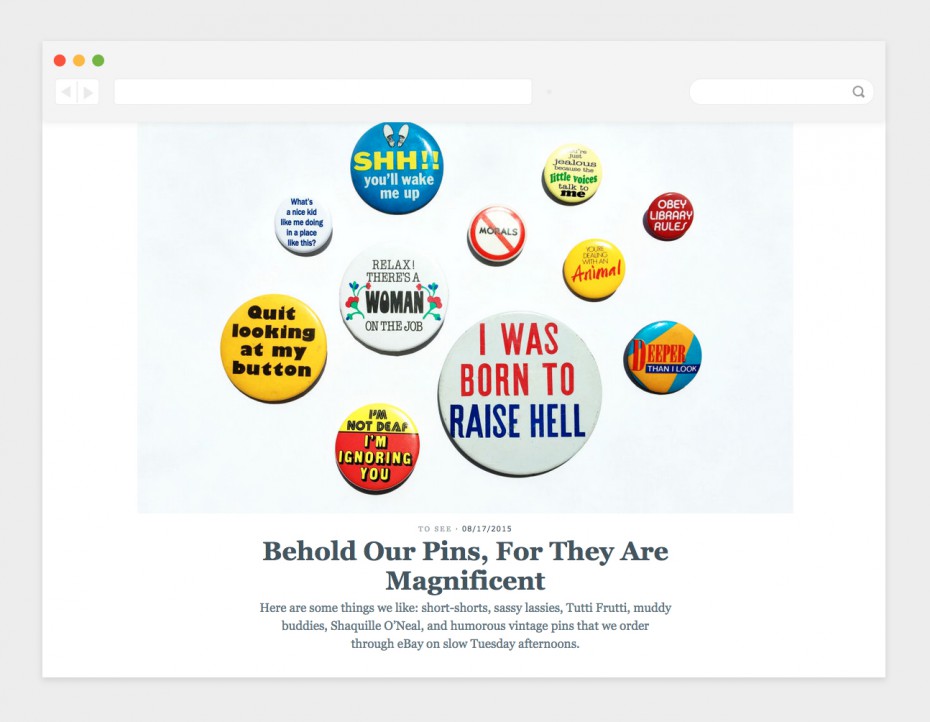 Warby Parker started as an online retailer, but have since opened numerous locations throughout the U.S. It was important for the company that their stores had a homey vibe: they’re promoted as “featuring glasses, books, along with other surprising treats”. Some locations, however, are more ‘party’ than ‘homey’. A writer from FastCompany describes his visit to Warby Parker’s Los Angeles store as “the space is decked out like a 1950’s beach club…servers offer martinis and champagne flutes and trays of crackers topped with avocado hummus…guests gravitate to the full-length mirrors and the glasses, which are sticked invitingly on open wood shelves”.  It’s a brilliant maneuver. Warby Parker stores include the luxurious feeling of buying designer glasses without the part everyone hates: the high prices of the glasses themselves. Anyone visiting their brick and mortar stores can feel expensive and pampered, while still leaving feeling like they made the right choice going with the Warby Parker rather than a monopolizing corporate brand. 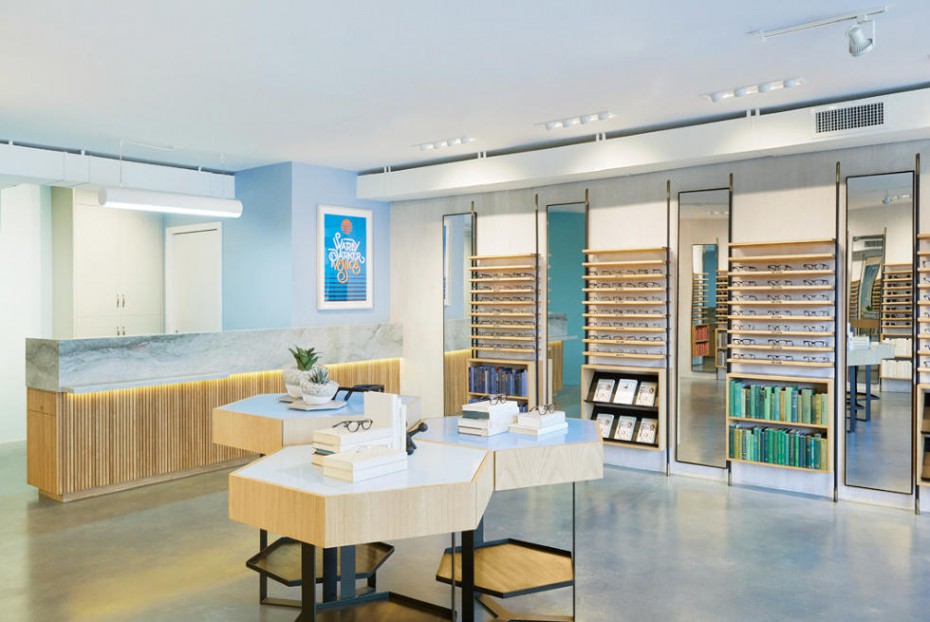 5. Their 2014 Year in Review: something you actually want to read

So this is the coolest. To promote their 2014 Year-in-Review, something all companies put out but barely anyone reads, Warby Parker created a fun online generator called ‘Make Your Own Annual Report’. The generator asks you questions like your favourite colour, your average mood, and the emoji that most describes you. Once you’re done they create a nicely designed and hilarious ‘report’ of your own year. At the bottom of your report, you can share on social media as well as  (aha!) view the Year-In-Review that Warby Parker made for themselves. You can still play around with the generator here. Try it out!