Only two hours into trading on its first day on the market, and the e-commerce giant Alibaba has lived up to all the hype.

This morning in New York, live-blogs scrambled and the media stood by when, at 12:00 noon, shares still hadn’t begun trading. Bloomberg Businessweek quoted NYSE Group president Tom Farley saying “the auction could take two to three hours to settle on a price before trading begins.” Extra precautions were taken before such a huge stock went public, including an “extra-long auction process this morning to settle on a price… making sure the exchange’s electronic matching engine is ready to handle the demand.”

At 11:54 am EDT, it opened, with the first share trading at $92.70, well above the IPO price of $68.  At 12:04 pm, Forbes announced on their liveblog that 100 million shares of Alibaba had been traded in the first 10 minutes. With a market cap now around $228 billion, Alibaba has shot past Facebook. Forbes Media included this Market Cap chart to help break things down: 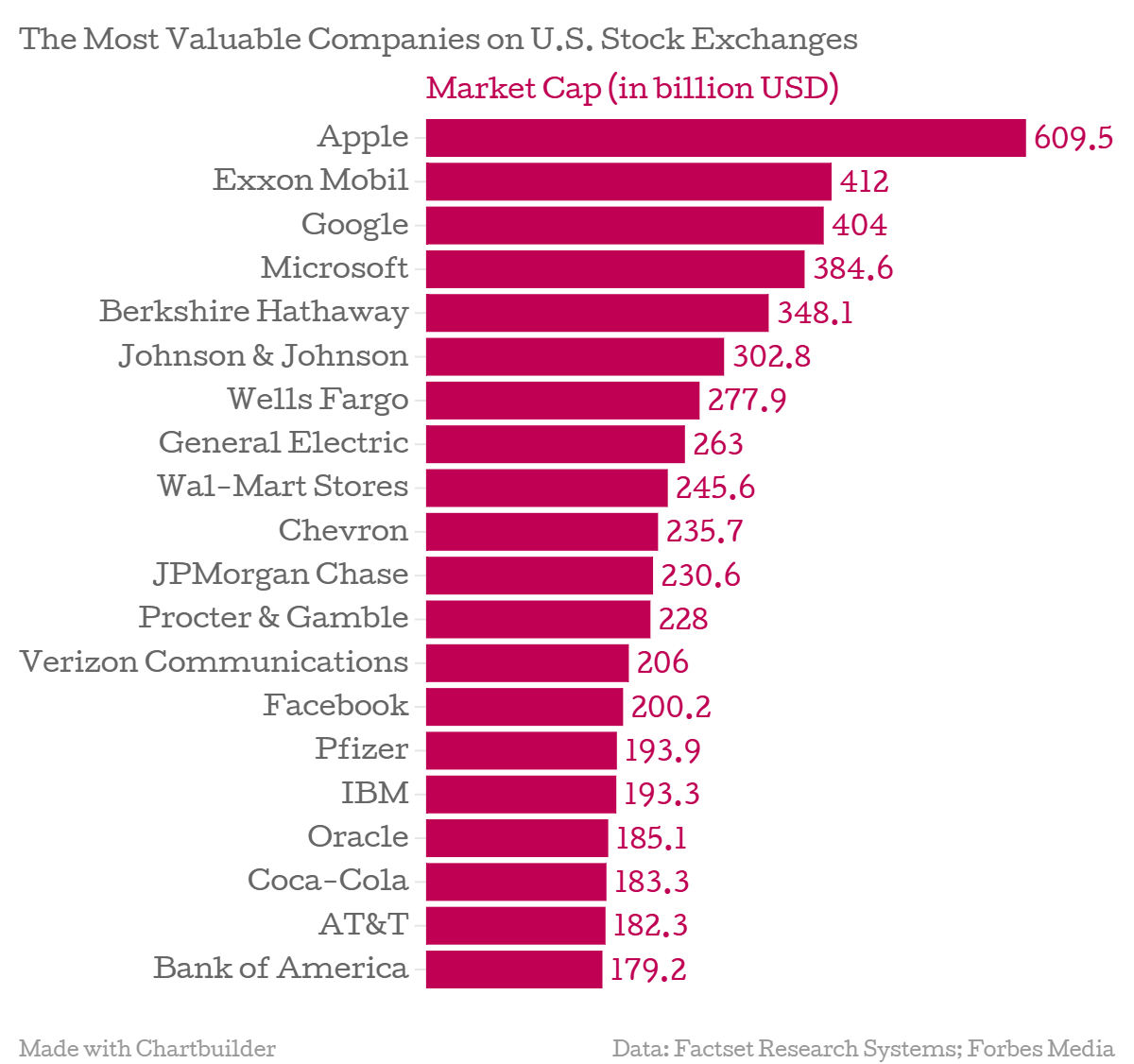 Early this morning, NYSE tweeted a picture of Alibaba founder Jack Ma, with the Executive Vice-Chairman and CEO on the trade floor.

However, when it came time to ring the opening bell, Jack Ma watched from below, instead electing for a group of Alibaba customers to mark the historic moment, echoing his sentiments that “Customers must come first.”

At the day’s end, The New York Times reported that the company with the largest ever U.S. listed IPO,  “closed the day at $93.89 share on the New York Stock Exchange, up 38 percent from its initial public offering price in a strong trading debut.”