If you treated investors like Taylor Swift treats fans: a story in GIFs 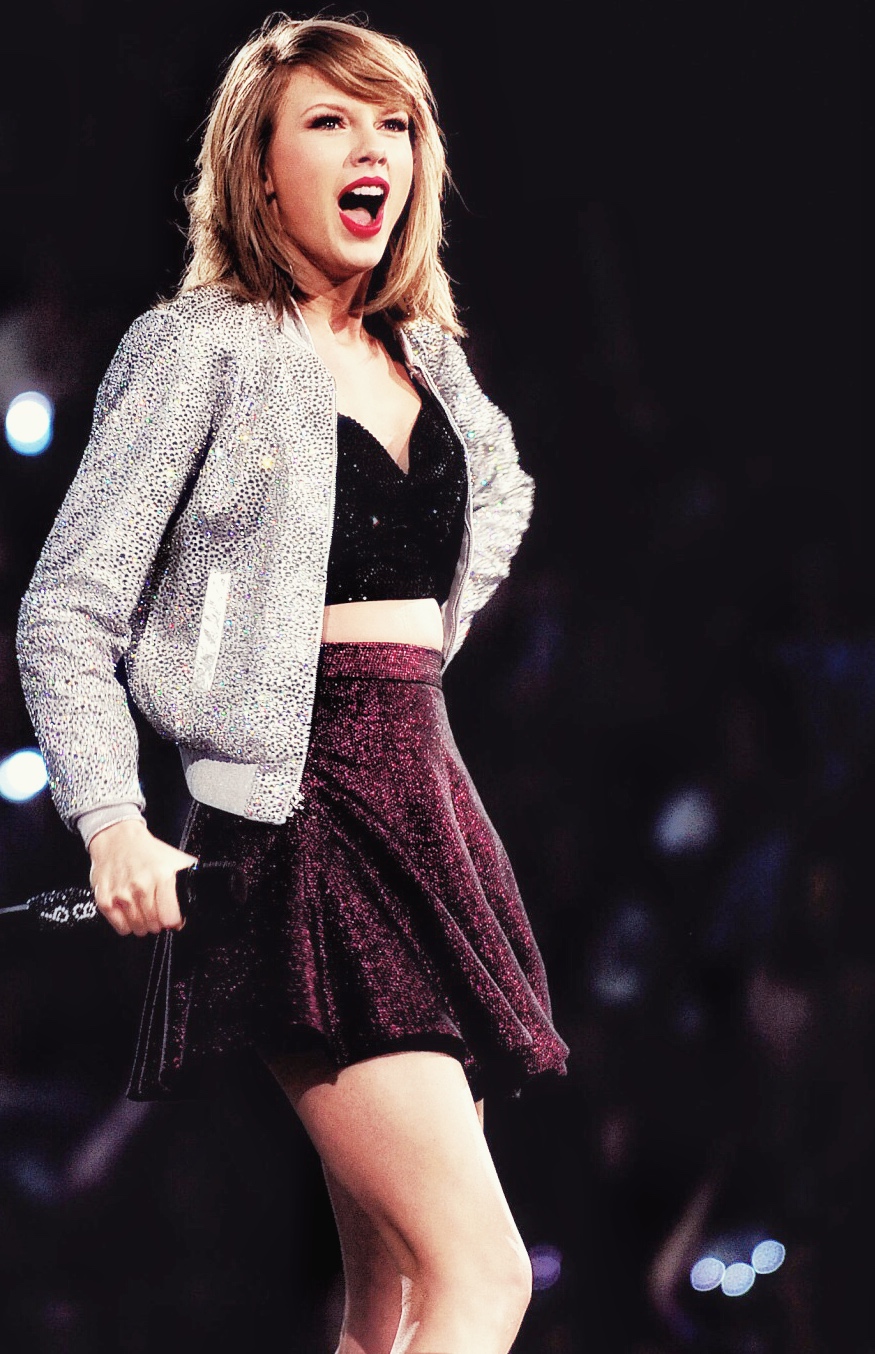 Love her or hate her, there is no denying that singer Taylor Swift has essentially taken over the world in the past year. Since the release of her highly anticipated album 1989 last September, she’s been on the cover of more magazines (we’re talking TIME and Rolling Stone here, not just your run-of-the-mill US Weekly) and attracted more media attention than any other icon. And, hard to believe, being under a constant microphone has mostly resulted in good press and more adoring fans. There’s a lot to learn from this media empress; articles about the genius of her marketing and branding overwhelm the internet. Swift also knows how to transform every social media outlet from Tumblr to Youtube (we doubt she’s on Google + though) into blinding beacons where she signals her massive fandom to rush to her aid and promote her next idea.

You may be reading this thinking, her methods seem to be all kittens and fresh baked cookies what the hell am I supposed to do with that? Stay with us, here. Because we want to pull all that branding power from Taylor Swift and imagine if that was channeled into investor marketing. Why? Because we can, and because we may or may not be victims of this new disorder.

We’ve said this before, and we’ll say once again: many people forget that investor communications is just a form of marketing. It’s telling a good story. It’s showcasing your company in such a way so others will not only like you, but trust you enough to support you and become a part of your story, too. So we’re examining, in Taylor Swift GIFs, how your investor marketing strategy could improve by taking some tips from the 25 year old marketing genius.

1. Look outside your regular network

Taylor Swift is is known for her #squad, or the collection of friends constantly surrounding her and going on outings with her. Though she spends a lot of her time with Victoria’s Secret models and the like, Taylor Swift is very artful at making friendships outside her expected sphere. Inc. Magazine writes “Swift is forging partnerships with unexpected figures, such as Ellen Pompeo and Mariska Hargitay…both represent a largely different demographic from the one Swift typically engages”. In her now infamous Bad Blood music video, Swift showcases to the world that nearly every celebrity is her best friend, from rapper Kendrick Lamar to icon Cindy Crawford. As she branches out and makes connections with different demographics, her fanbase broadens as well.

Swift has also been making a point to invite both already famous celebrities and up-and-coming stars to share the stage with her during her 1989 World Tour. One example of a guest that was out of her normal ‘arena’ included the night she invited the U.S. women’s soccer team on stage to celebrate with her after their World Cup win. 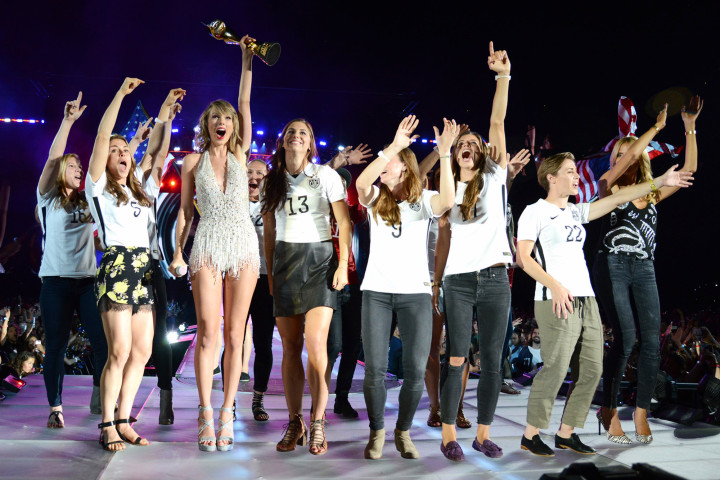 Always be thinking about how you can reach people outside your normal group of contacts. Though certain investors may not seem like the most obvious choice to connect with, you never know where a good conversation could lead you. Get your name out there and go to other events that aren’t specifically within your industry.

2. Create an air of exclusivity

Heard of the 1989 Secret Sessions? They were a brilliant move by Taylor and her marketing team. Swift invited different groups of 89 fans from across the country to intimate house parties at one of her or her parents’ houses. She described them as “mini living room house parties where I’m going to be playing them the album first”. She baked them cookies, secretly played them the whole album a month before its release date, and took pictures with each person. She then made each fan swear not to share what they had been up to until the official release of the album. Fans left the event in various stages of weeping, all the while proclaiming they had “literally the best day of our lives”.

Reward brand loyalty. If you publish content such as whitepapers or e-books, create the next one exclusively for those who’ve been signed up to receive your email updates or newsletter. Think of ways to make your community feel special, especially those who have been rooting for your company since the beginning. One easy and not too expensive way to do this is drop off a ‘just because’ type gift at your most loyal client offices. Everyone can give client gifts during the holidays. Challenge the norm and randomly do it in the middle of July.

Taylor Swift speaks to her fans like they’re actually her friends. She tweets awkward moments she has during the day, she pleads with them to help her figure out the more confusing aspects of social media, and she has no problem making fun of herself. Swift is also famous for something dubbed as ‘Taylurking’ where she intensely follows her fans on social media and learns about them and their hardships. She then often surprises certain fans with presents or nice handwritten letters. 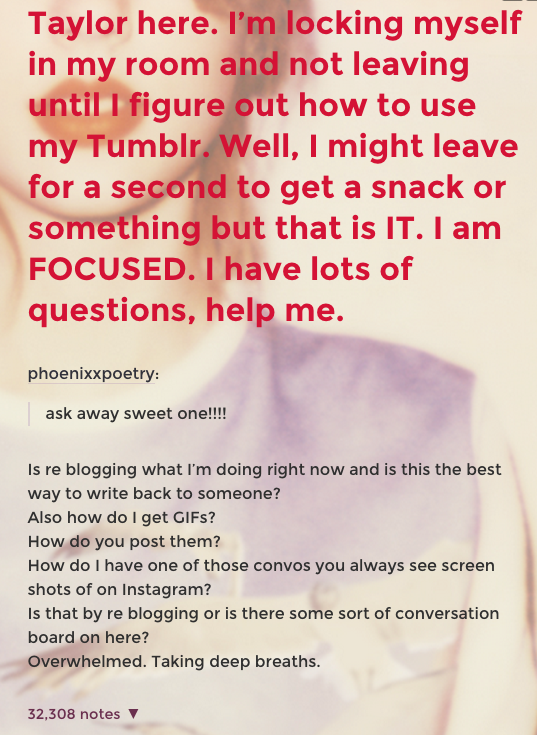 Encourage investors and other interested parties to ask you questions on social media! Start a live-chat with people on Twitter during your latest earnings call, and speak to them just like you’d be talking across the table to someone. And don’t be afraid to be a little goofy sometimes, as long as you know the boundaries. Remember: just be out there and be human!

Taylor doesn’t like it when her fans have to wait around. She often rewards patient fans with exclusive backstage passes, and released a deluxe version of her album exclusively at Target, because she said she felt that’s where the majority of her fans would shop. She also recently responded to a social media plea from a senior citizen theatre company who were denied the rights to play her song ‘Shake it Off’ with their closing number. Swift bypassed her people who had originally denied the troupe the rights, and tweeted out that she personally would grant them permission and wished them luck on their opening night.

Really think about what investors will want to see, and prioritize that information on your investor website and with your marketing materials. Don’t make them search for that necessary public company info; the easier and more intuitive their online experience with your company is, the better.

5. Let them glimpse the inner-workings

Taylor released a deluxe version of her 1989 album that included extra songs as well as what she’s named ‘Memos’. These memos are short audio recordings of her in the studio with her producers and other members of her team. You can hear her figuring out the beginning elements of the now famous songs. In releasing such a personal element of the process, fans feel like they can really connect to her songwriting.

Show your community and investors what the day-to-day life of your company looks like. Share behind the scenes pictures on social media, tweet Did You Know’s and interesting stats about how you became a company. Publish a letter from the CEO, or host a video interview with someone in the company. Making investors feel like they have an all-access pass to what’s going on with you is a great way to make them feel included and to stay interested and involved in your story.

And finally (because you have to give us this one)

Just listen to her song ‘Shake it Off’, if you haven’t already. Or just read the title.

As a public company, it’s almost guaranteed that some decisions will face criticism from the investment community. While it is important to listen to those criticisms and always be aware of the conversations happening surrounding you, make sure to also take these comments in stride and stay true to your mission and your brand.

Thanks for the inspiration Taylor!